It’s challenging to decide in each unique situation whether it’s time to move on to the latest trend in technological advancement or stick with the old analog standby.

On one hand, digital dentistry is shiny and presents many exciting possibilities. On the other, it can also require a steep learning curve fraught with unfamiliar terms and procedures. 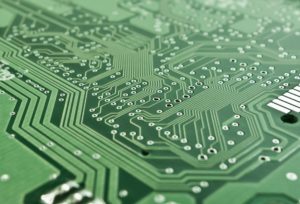 Similarly, analog dentistry has its pros and cons. We are very familiar with analog processes, yet sometimes we know that they could be more efficient and effective.

In some cases, the improvements to technology haven’t managed to surpass the success of analog techniques.

How do we decide to flip one way or the other? Do we have to think in extremes?

The Battle Between Old and New: Analog or Digital?

In areas like photography, digital has mostly shouldered out analog. There’s simply nothing quite as impressive as digital photography. It’s fast. It’s relatively easy to develop proficiency. And now, as smartphones become more and more advanced, even a phone could function well.

But this ease of replacing analog with digital doesn’t hold true across the board. We may find that the intricacies of complex cosmetic dentistry are too variable to switch seamlessly to new digital processes.

This hesitancy is valid and useful. Technology isn’t inherently good or better than the alternative, especially when it is newly released and the bugs haven’t been worked out.

A good approach is to begin thorough research, including talking to other dentists who have adopted the new material or technology. It’s not a bad idea to stay entrenched in the world of research and scientific lingo anyways.

This is all just to say that change is a good thing, but isn’t always necessary. Sound judgement comes from an openness to change without blind faith.

How do you straddle the line between old and new? Let us know in the comments!