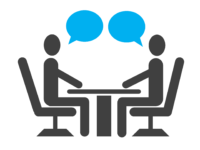 In this anecdote from Dr. Brady, she describes an experience where a discussion with a patient about his esthetic goals reaffirmed her faith in the power of listening and photography.

When Listening and Questioning Are Necessary 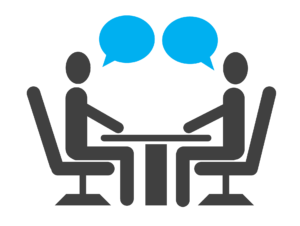 I had the privilege of working with a patient on a comprehensive esthetic exam with photographs. He has had significant wear on his lower centrals for years. In addition, he has been watching his upper right central get shorter and thinner, until it finally broke off at the incisal edge.

At his recall exam I began a conversation with him about his front teeth and asked what his thoughts were about his teeth. He answered that he would love to have them look better and if he was going to do anything he wanted things to look great and have better symmetry. Given the time limits of a recall exam, and curiosity about what he meant, I invited him back for a comprehensive exam.

Later on, he came in and we took a full set of diagnostic digital photos and completed an exam. Following this we sat together and looked at his photographs and talked through what we saw. I had the time and space to learn more about what he meant at that first appointment.

I asked him to help me understand what he saw that made them look like “crowns,” and he very clearly described what he didn’t like about his existing restorations. When he was finished, I asked him what he would want to do about his front teeth if it wouldn’t end up looking like “crowns.” He told me he would have the two existing crowns redone in addition to restoring the three worn teeth, but he was pretty sure he would need braces to make the space to restore his front teeth.

I asked permission and showed him the before and after photos of a number of cases I have done with anterior crowns, asking him if those would be results that met his expectations. At the end of his appointment we scheduled a consult with the orthodontist and he had created his own treatment plan.

Not every day and every conversation goes this way, but when I am able to simply ask the questions and let the patient learn about themselves and clarify their own concerns and interests the results are always beyond my expectations. For me, yet again, the value of listening and photography are reaffirmed.

What have you gained by valuing listening and photography in your dental practice? We’d love to hear from you in the comments!